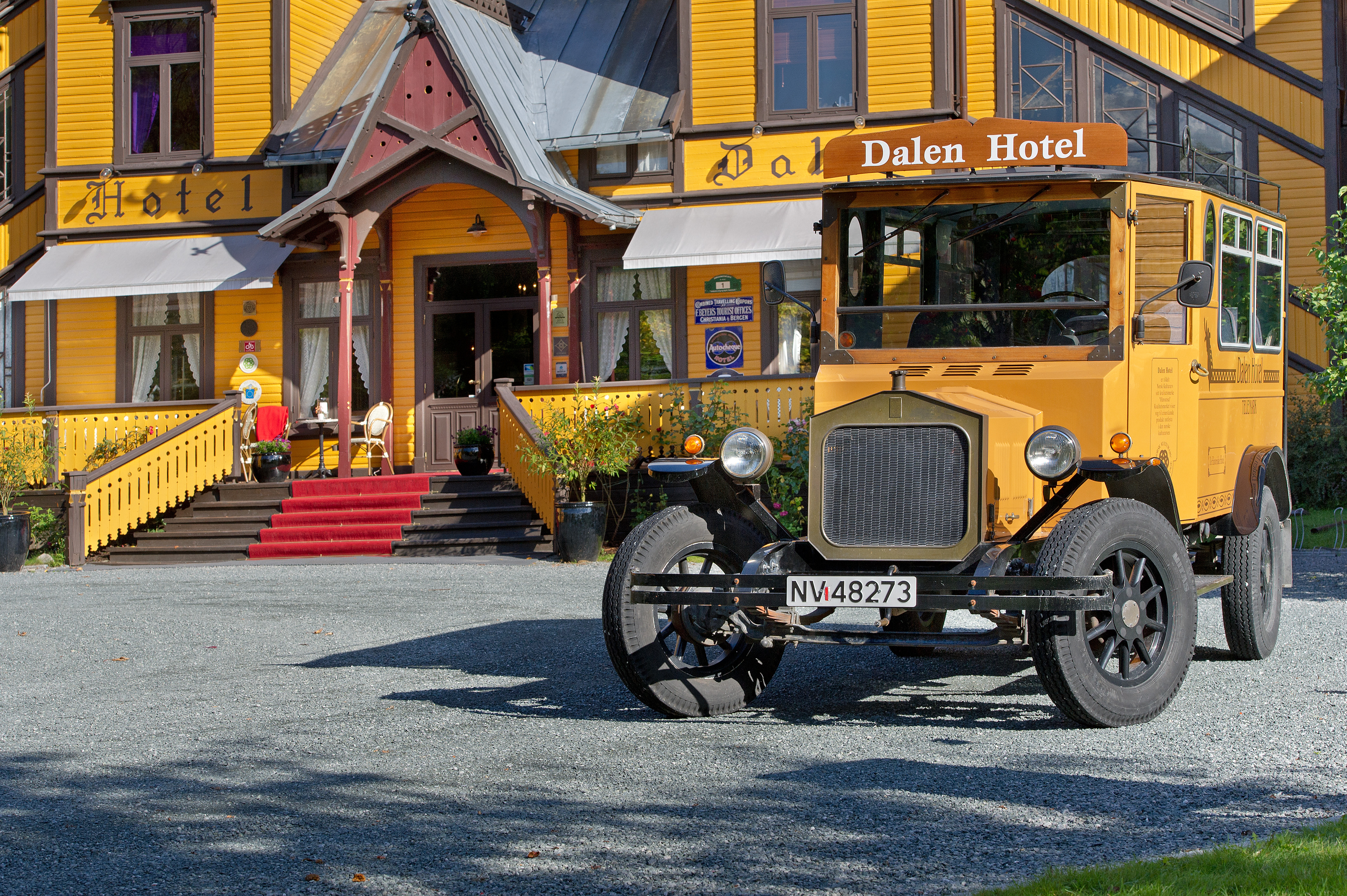 The hotel bus was purchased by the former owners (1997-2007) Olav Magne Underdal and Anni Botn.

It was imported from Denmark in 2001. The hotel's veteran bus was built by the English fleur de Lys car factory in Newark-on-Trent, Nottinghamshire, which produced replicas between 1983 and 1994 and is equipped with 4-cylinder Ford engine. The factory mainly produced buses corresponding to the hotel model Newark until 1991, after which they also started manufacturing passenger cars called Lincoln and Belgravia. 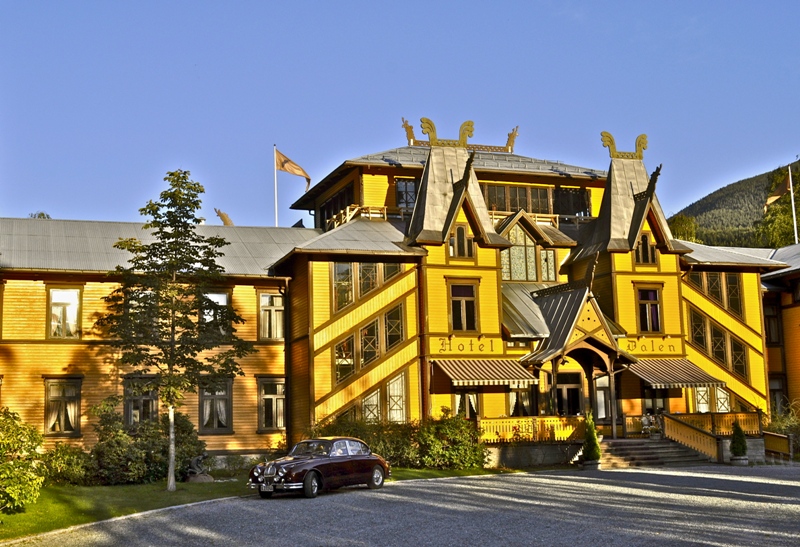 Our Jaguar is an early 1959 model, originally purchased to Norway. When it arrived it was a revolution in the car world, and it was the fastest of all cars at the time and was commonly called "get away car".

The car was used in Norway until 1988, when it was purchased by a Norwegian who sent it to the Vicarage factory in England for a full refurbishment. Vicarage is famous for taking cars completely apart, restoring and reassembling everything. Our car today has been through the full process, and the bodywork has been galvanized to prevent rust. The engine has been overhauled and it has a new gear box, modern suspension etc. The car has had two owners after the restoration at Vicarage.

Today's hotel owner saw it in the Jaguar store in Oslo in 2000 and chose to buy it, because such cars are relatively rare and valuable if they are well maintained. 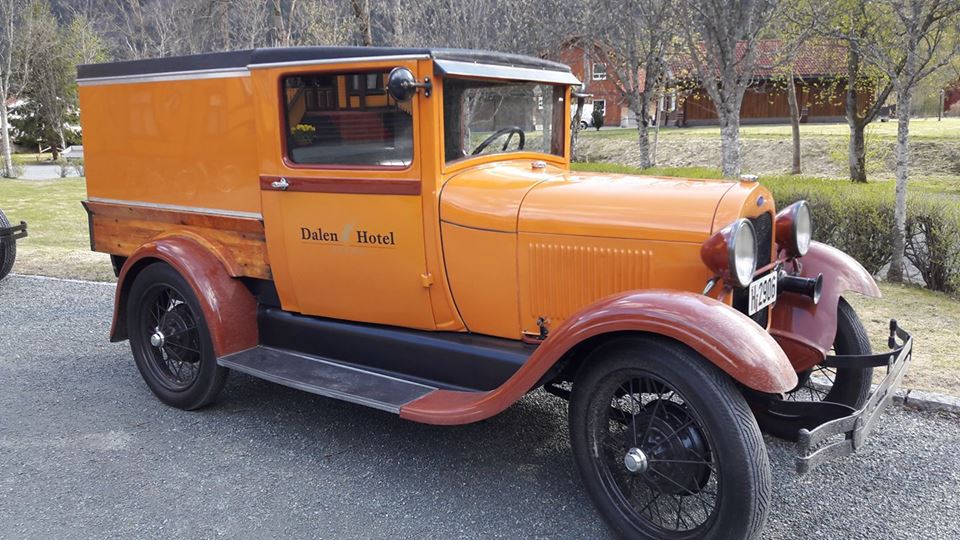 The Helgesen family from Porsgrunn started as Ford dealers in Grenland in the 1920ies, and the family operated the Ford store in Porsgrunn until recently.

This car was bought new in 1928 and came in boxes from the United States. It was assembled and used as a post truck. It lasted many years in Gjerpensdalen, but in the 30s many cars were converted from cars to commercial cars. It was then converted to a truck to make it more practical.  This was how it was used for many years, in Skien, Grenland, and Telemark, as a freight car. Including a period at Dalen Hotel. It was then sold,  fully refurbished and was a part of another Ford dealership's exhibition.